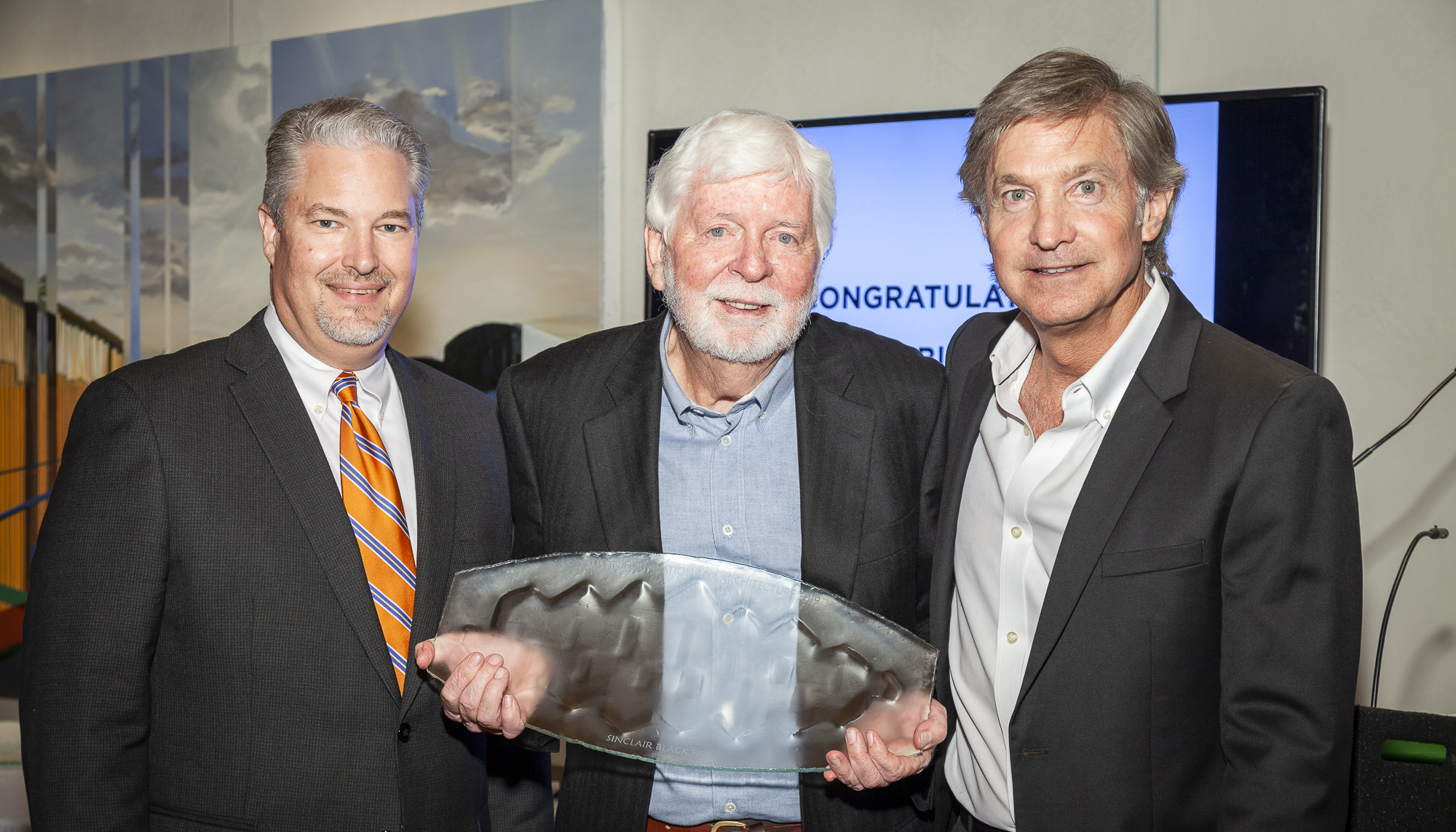 On Thursday, May 31, Sinclair Black, principal of Black + Vernooy Architecture and Urban Design, received the 2019 Individual Honor Award from the Austin Foundation for Architecture at the Form:Function benefit event at Fareground in downtown Austin.

The Austin Foundation for Architecture is the fundraising and outreach partner for the American Institute of Architects Austin Chapter and promotes quality design in central Texas through education, grants, and awards. Its annual honor awards highlight one individual and one organization – this year, the Waller Creek Conservancy – that have had a significant positive impact on Austin’s design. Past honorees include Senator Kirk Watson, Alan Graham of Mobile Loaves & Fishes, Liz Lambert of Bunkhouse Group, Council Member Chris Riley, and former Mayor Will Wynn.

Wynn returned to present the awards at this year’s ceremony. During his introductory speech, Wynn told a story about Black’s renderings for the Second Street District, which showed lively street life, people drinking champagne, and a line of motor scooters parked along the street. Despite his skepticism about the reality of this vision, Wynn said years later, after the project’s completion, he indeed found himself at a ceremonial opening for a restaurant on Second Street — complete with the predicted street life, champagne, and parked motor scooters.

“For over 50 years,” Wynn said, reading from the official citation, “Sinclair Black has been both educator and student, both architect and urban designer, both uncompromising advocate and quiet visionary. His imprint is visible in the buildings he has created, in the cities he has helped shape, and in the perspectives of the countless people he has impacted.”

See more of Black’s transformative urban design and architecture on our Projects page.